Welcome to The Wonder Jewelry Shop.  A couple of days before our Thanksgiving Break a few of the children started making paper purses in the art studio.  What began as one or two a day soon became a mass production.  When they realized they had such a large number of purses, they decided that the best thing to do was to open a store.  The shelves in the science lab were cleared off, and stocking merchandise began.  A few children suggested other accessories that might be sold in the shop, though purses continued to be the main attraction.

When we returned to school six days later, merchandise production went back into full swing.  As soon as the store was named, the very fancy sign seen above was designed and posted by the “door.” Two cash registers, an old keyboard, two old phones, and a mouse were added so the store employees could “work.”

One of the children informed us that purses with short or no handles are called bags.  These were placed directly on the shelf for display.  The longer handled purses are displayed on the walls of the shop.  I wondered aloud how a customer might know how much to pay for a purse.  So far the consensus is that whoever is selling the purse will just tell you how much it costs.

I was informed today that the Wonder Jewelry Store will have a Grand Opening at 2:00 on Thursday.  I’m not yet sure what this entails as the spokesperson did not give me any details.  Although, in the last three minutes of class, I did hear a rumor that lipstick might be on sale soon!

Want to know who is allowed to shop in this exclusive store?  Here is a soundbite the children made earlier today.  I just found it on Seesaw a minute ago:

And I found more!

I just found another clip on Seesaw.  This one was obviously designed as a commercial.  Note, adults did not have anything to do with the recording.  The children use our class iPad to document their learning and share it with their parents.  Near the end, you can hear an adult nearby suggesting that jewelry and purses are not actually gender bound.  Our voice-over artist isn’t so sure.  Sounds like a great place to start a discussion.

It’s official, our box has become a boat!  It all began with an enthusiastic engine design and a wave of imagination.

So far, we’ve added navigation equipment (“It’s radar, Mrs. Forst, it shows where the water is, where the land is and where the boats are”), door knobs, handles, a “buoy” (“You throw it in the water to get people who are in the water”), a stool for the driver, lots of ropes for various jobs and a steering wheel.

The children were interested in attempting to cut the box by themselves and found it was much more difficult than it looked.

Corrugated cardboard isn’t very forgiving to small hands.  Luckily, my trusty box cutter did the job. (No worries, safety precautions were taken and children watched from afar as I sawed my way through our sea-worthy creation.)  The children marked each space they wanted removed, cut or bored-through.  I did my best to match their schematics.

One of the ideas for the box included an animal shelter where we could get dogs and cats.  With that in mind, one of the students asked for a “cat hole” so the pets could get in and out of the boat.

Halfway through our work, the children decided to see if they all could fit inside.  The first attempt involved squishing and smooshing while they all tried to sit down.

After five adventurers, it got a bit crowded so I asked my favorite question, “How can we solve this problem?”  “Stand up,” exclaimed one excited sailor.

It worked! All of the children present during this construction fit.  We’ll have to check in on our boat project over the next week.

This morning, a group of students spent a large chunk of their morning play time designing and implementing a classroom pet store. The students worked diligently to draw various pets that could be sold and decided together how much each pet should cost. It wasn’t long before they pulled out the cash register and started making money and credit cards that people could use to purchase the animals. The name of the pet store is still up for debate but lots of ideas were tossed around. The look of excitement was clearly present on each of their faces and we are anxious to see how this pet store will grow and prosper within the classroom.

Recently, we read a story called The Paper Bag Princess by Robert Munsch; the well-loved author of Love You Forever and many other wonderful stories. In the story, Princess Elizabeth is described as a beautiful young princess who lives in a lovely castle, has beautiful hair, and expensive clothes. She is betrothed to her perfect match, Prince Ronald. Until one day when a dragon comes along and smashes her castle, burns up all her fancy clothes with his fiery breath, and captures Prince Ronald. Princess Elizabeth decided to put on the only thing that survived the fire (a paper bag) and sets off to save her prince.

When Elizabeth finally meets the dragon, she uses several very sneaky tactics to trick the dragon into exhaustion. Once the dragon is out cold, she rushes in to save Prince Ronald, but he scoffs at her appearance and choice of clothing. He tells her to go away and not to come back until she looks like a “real” princess. Elizabeth smiles and says, “Ronald, your clothes are really pretty and your hair is very neat. You look like a real prince, but you are a bum,” and Princess Elizabeth decides not to marry him after all.

After the story, we discussed why Princess Elizabeth decided not to marry Prince Ronald. Many of the students concluded that Ronald was not very nice to her and that she should be allowed to wear/look however she wants. Others decided that sometimes, the princess gets dirty and saves the prince. One child even stated that it doesn’t matter what clothes a person wears, what matters is that they are a nice person. We decided as a class that it’s fun to imagine and tell lots of different stories. Boys can pretend to be princesses and fairies.  Girls can pretend to be princes and dragons or maybe just a princess who likes to get dirty every once in a while. When we play, we can be anything our minds can dream up and the true moral of the story is that life isn’t much different. Regardless of our age or gender, we can be anything we wish to be if we just spend a little bit of time imagining. 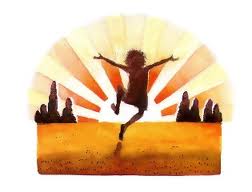 The world of technology is ever-changing. Children as young as a few months old are now able to navigate their way through iPads, Kindles, and smart phones better than some of their adult counterparts. And while technology is a great tool to utilize in the classroom, sometimes a little bit of imagination can create a world of fun and possibilities.

Yesterday, our class decided to create their own versions of these technological advances using some cardboard, paper, and a few markers. Each child had a clear plan of what they wanted their device to look like, some including their protective cases. You  got to love their ingenuity.

So far in our bird unit we have learned about what different birds look like, what they eat, where they live, and the sounds that they make. Last week we extended our affinity for birds by having the students create their own birds and all the details that go along with them.

The students started by rolling up newspaper into different sizes and taping them together to resemble a head, body, beaks, and even a tail. After the base of the body was ready, the students dipped strips of newspaper into a mixture of water and flour and smoothed them onto their bird. Some students loved the feeling of the ooey gooey mixture between their fingers (that eventually crept up their arms) while others were not as enthused. Some students felt they would best serve the project by becoming the recorder, documenting each step of the project through drawings. The projects were then left to dry over several days.

Since then, the students have started to discuss how they would like the birds to look. The group members decide what colors of paint to use and where, what to call the bird, if it is a male or female, where it might live, and what it eats.

Not only are the students working on their cooperation skills, but they are using their imaginations to create a world in which these birds may live. Plus, who could resist the opportunity to get a little messy and learn at the same time? You might remember that a few weeks ago one of our students was inspired by our box-0-saurus and created his own horse.  Along a seemingly unrelated vein, some of you also might have heard that we’ve been working on writing a play. (I was über inspired by Teacher Tom on this one!) Today, the horse took on a new job and personality.  He has been dubbed a “War Horse”.  Since we were trapped indoors due to the weather, we had a lot of time for tinkering today.

Just in case you don’t remember, here is how our lovely horse began:

Our play, which will be unveiled in the next few days, underwent some rewriting today.  We added new characters, changed the plot a bit, and added an ending.  Though it was quite fun to act out our third version of the script, I wasn’t sure if this project was making it into the collective mindset of the students.  I was shown just how influential the idea has been when a group began making “props” for the play during our inside “recess”.

While this project was being constructed, I was attending a fashion show on the other side of the room.  When I realized there was some major construction going on in the block area, I sidled over to find out what the hubbub was about.  I was amazed to find over half the class working on this project.  Some of the children wandered in for short periods of time, adding just a few details, while others spent over an hour (throughout the day) on it.

Although at first glance, it looks as though the children haphazardly taped random pieces of cardboard together, they describe it with much more intentional thought.  They pointed out a row of pipes that make music, a small cannon at the front, armor to protect it from Army Men, rear defense systems, headphones, and speakers.  I find it interesting that the ability to listen to music was considered paramount to at least two separate students.   Who knew music was a prerequisite for a War Horse?

Watching them build this creation as a team is inspiring.  They’ve gone from creating their first dinosaur with Mrs. Allan (where they built what she told them), to building an Ankylosaurus with me (where I built what they told me), to this.  Here, they built what they decided upon without any input from adults.  The previous experiences gave them just enough practice to feel confident and ready to experiment with the tools in their own way.