Our puppet shows just got a lot more interesting!  One morning I noticed the children making what I thought were holiday lights.  How wrong I was! No, these lovely lights were designed for our puppet show.  I was informed that you can’t have a show without special lights.

Once our set was adorned, another group of children insisted that we needed some spot lights.  Luckily we had some people powered Ikea flashlights ready to shine.

Now that Applefest has wrapped up, we are finding lots of treasures left behind on the playground.  Yesterday morning, the children discovered a few dried corn cobs that had fallen off of the decoration stalks.  The cobs moved to the outdoor Maker Space where a makeshift factory was set up.  Small fingers patiently and diligently removed every kernel. 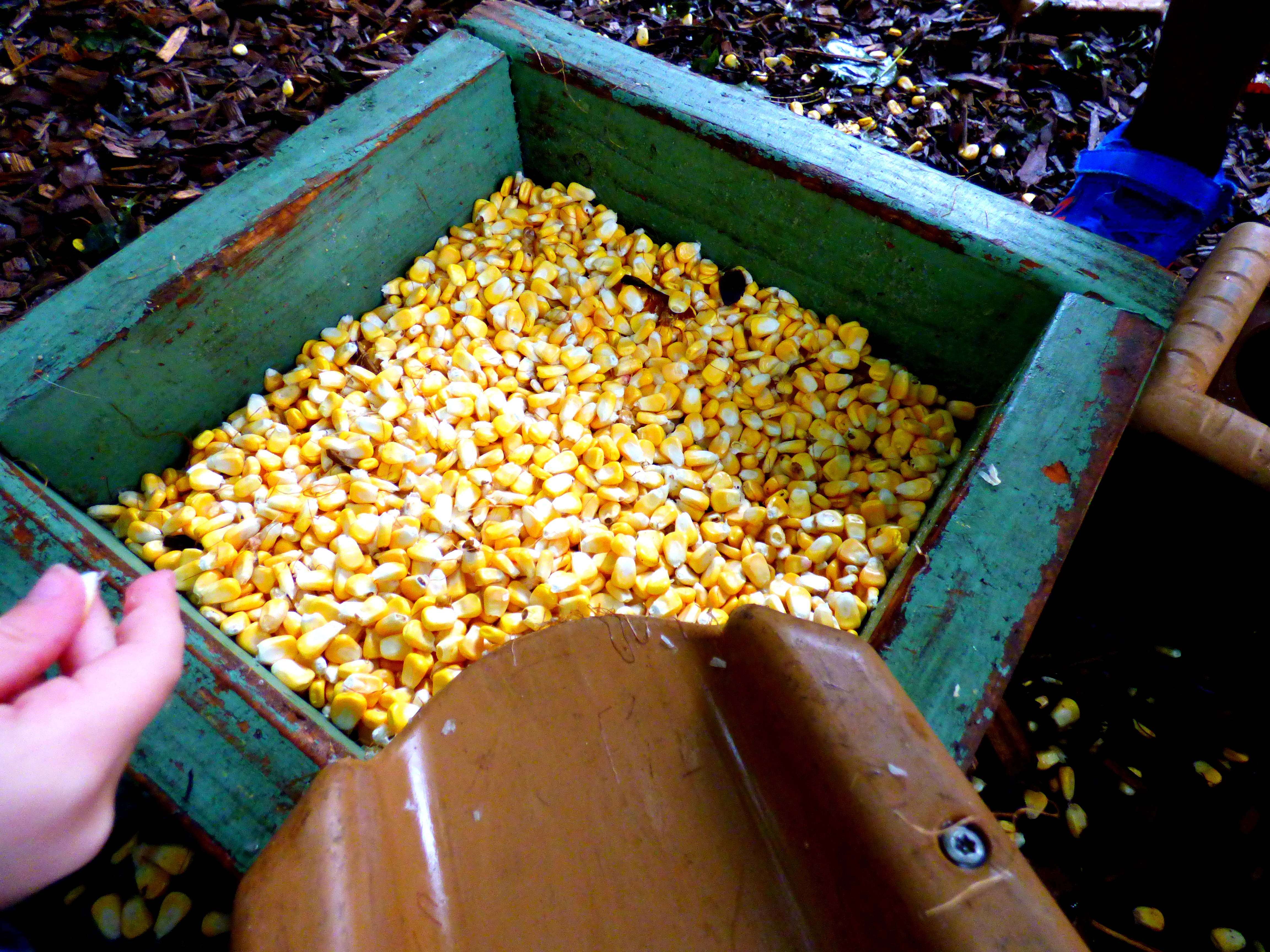 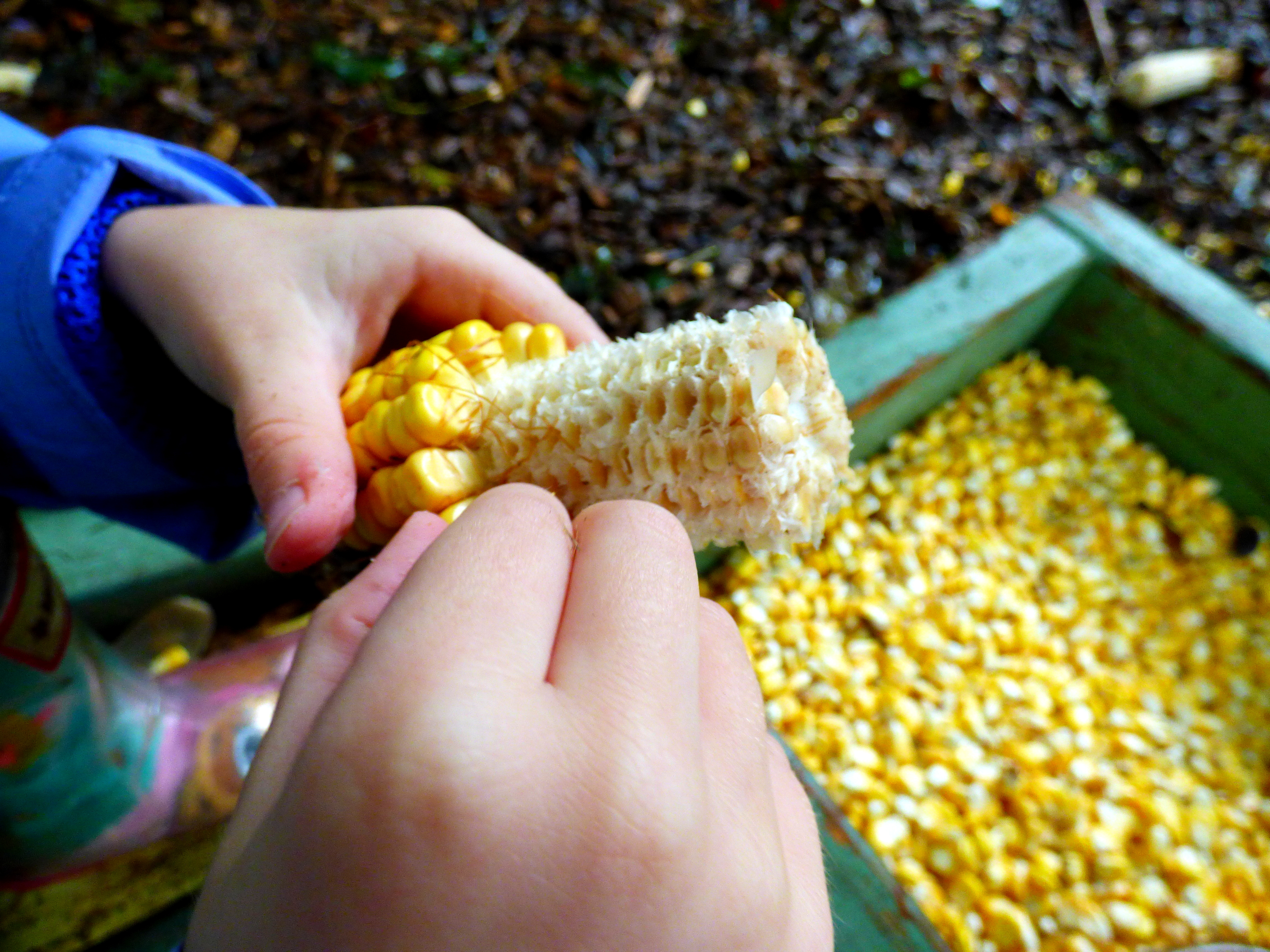 This activity continued in the afternoon.  Sadly, we discovered that our original corn collection had been accidentally misplaced by the older students.  (Chalk it up to practicing perseverance.)  No worries! We found more ears of corn to work with and many more classmates joined in on the project.  In addition to the kernel factory, an airplane was built nearby where corn kernels could be delivered via leaf plates for hungry passengers.

As we worked, a few of the children came up with a plan for the corn.  One child wanted to know if we could cook it.  Hmm….we’ll see how that experiment works a  bit later. (Don’t worry, we don’t plan to eat it.)