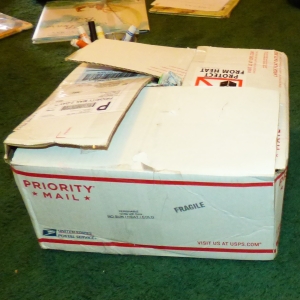 An unusual box arrived today.  Curiosity and excitement are bubbling out the door and down the hall.  What could be inside?

We tried listening to the box for clues.  Unfortunately, we didn’t hear anything that might give us clues. 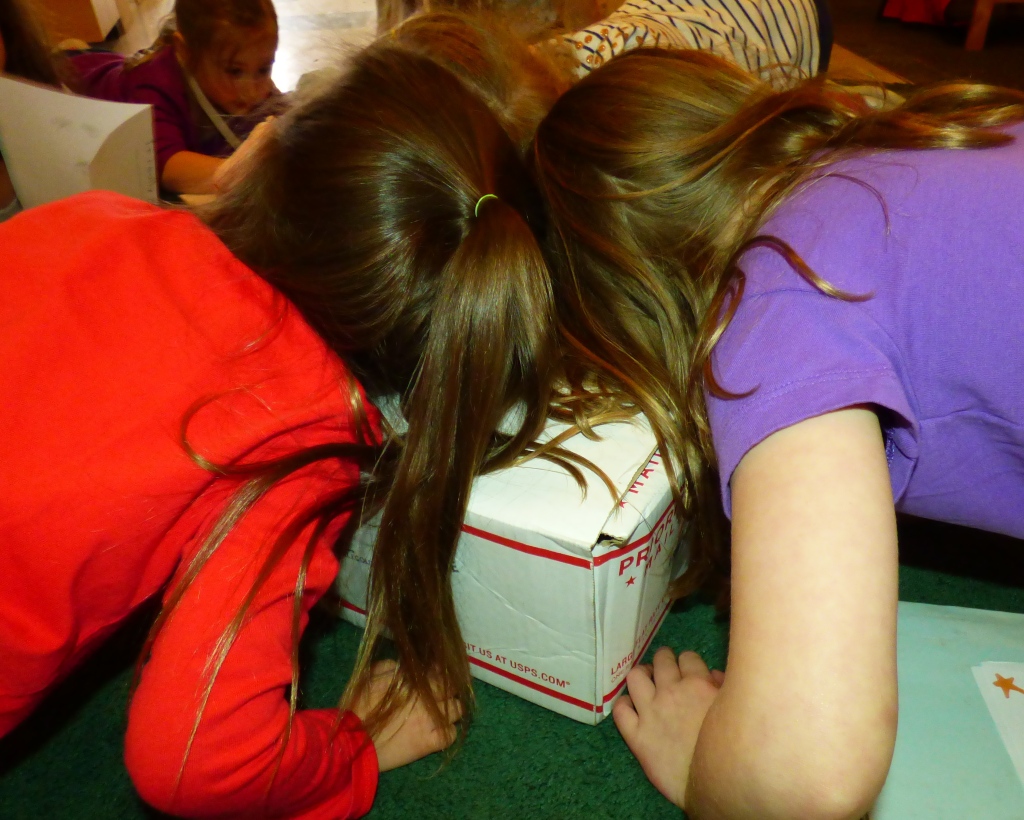 Everyone wrote down their ideas using one of our Feely Box Friday forms.  The top says, “I think it is a________.”  We use the bottom to write about what we actually find.

Finally, we opened the box.  Its contents were not what we expected.  Inside we found bugs! In fact, there were four containers of them.  The bugs are very small and a few of the children were a bit nervous that they might be poisonous.  I quickly assured them that I would never invite a dangerous bug into our school.  The package also contained some white fuzzy things, two little Petri dishes with what appear to be seeds, and some sort of crispy, hard thing that reminded the children of a butterfly “cocoon.”  I’ve set up all of these items in an observable space so we can keep an eye on them.  Our little scientists are looking forward to watching this drama unfold.